OUR MISSION and STRATEGIES

The mission of CT Against Gun Violence is as simple as it is bold: to end gun violence in Connecticut. Our mission is being achieved through three key strategies:

Since our founding in 1993, CAGV has lobbied effectively for some of the strongest gun laws in the country. ​

We were behind the original 1993 assault weapons ban, only the third state to do so. ​

In 2007, CAGV led lobbying to pass a bill requiring gun owners to report lost or stolen firearms to stem their diversion into illegal markets. ​

With our large network of activists, we can quickly mobilize grassroots advocacy to contact legislators by the hundreds, travel to Hartford to testify at public hearings and get media attention through opinion pieces and local rallies.

Learn more about our history>> 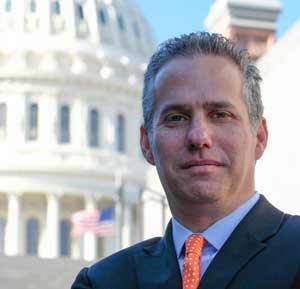 Jeremy Stein is the Executive Director of CT Against Gun Violence (CAGV). His expertise in gun violence prevention stems from his more than 23 years of experience as a litigator.

After graduating from Emory University School of Law, he served as a prosecutor with the Attorney General’s Office for the District of Columbia, where he worked on gun prosecutions with many different police agencies including the ATF, FBI, Secret Service and Metropolitan Police Department to name a few.

Jeremy saw the need for more community based initiatives and was the chief attorney for the DC Juvenile Drug Court, a ground breaking initiative that established an alternative to incarceration in our nation’s capital. Additionally, he served as judicial law clerk for the Honorable Patricia A. Broderick in DC Superior Court. He also served as an assistant public defender with the Maryland Office of the Public Defender, in its Baltimore City felony trial division. Jeremy also served as civil litigator for 13 years, having tried cases in Georgia, Connecticut, DC, Maryland and New York.

Since taking the helm at CAGV, the organization has been instrumental in the historic passage of four (4) gun laws in in just two years. Three of those bills were passed in one year (2019)

Following the October 1, 2017 mass shooting in Las Vegas that killed 58 people, CAGV quickly mobilized its supporters to lobby legislators to ban “bump stocks” The bill passed in May, 2018. The legislative victory was the first under Jeremy’s leadership as Executive Director, a role he took on in January 2018. In 2019, history was made by passing three gun violence prevention bills; firearms must be securely stored at home (Ethan’s Law), and in unattended vehicles, and the banning of ghost guns and 3D printed guns. As a result, CT became one of the first states in the country to ban such weapons.

Jeremy has been quoted by the NY Times, The Hartford Courant, CT Post, CNN, NPR, and BBC Radio and is a frequent speaker against gun violence, including the March For Our Lives.

Director of Programs and Communications

Jonathan joined CT Against Gun Violence in January, 2017 after serving on the Board since 2014. His entry into legislative advocacy followed more than 30 years in marketing communications, where he last was SVP of Strategy & Insights for Wunderman, one of the world’s largest digital agencies. Jonathan holds an MBA from the University of Chicago and a BA from Amherst College.

Since the Sandy Hook School shooting, Jonathan has committed his time to lead a range of gun violence prevention activities. In addition to his work with CAGV, he led the Greenwich Council Against Gun Violence and was president of the Southwestern CT chapter of the Brady Campaign to Prevent Gun Violence. His opinion pieces appear regularly in CT-based news media.

In his position, Jonathan is responsible for developing communications to educate citizens about gun violence prevention and for planning grassroots outreach to recruit supporters to CAGV, and cultivate and guide their advocacy efforts.

Terra Volpe joined CT Against Gun Violence in November of 2018. Terra attended North Adams State College and studied Early Childhood Education. She spent over 20 years as an early childhood educator in both private and public schools. During her time as an educator, Terra developed and implemented innovative and effective learning experiences for students that are still practiced today.

In 2016, Terra was instrumental in forming Action Together CT (ATCT), a coalition of county chapters within CT that engages citizens in civic engagement at the local and state levels. With Terra’s leadership and energy, ATCT has grown to over 5500 members and has made a major impact across the state. Terra has actively recruited volunteers for multiple initiatives since 2016.

As the current Director of Community Outreach for CAGV, during the 2019 Connecticut legislative session, Terra was instrumental in mobilizing a record number of supporters to help ensure passage of 3 gun violence prevention laws.

Joni joined CAGV in February in 2018 with excitement to promote peace in CT by lessening the number of deaths by guns.

Joni has a BBA with a major in Marketing Management from Pace University. Her wide breadth of experience makes her a valuable player on the CAGV Team. Joni has over 15 years of experience in Information Technology, including Project Management, Business Analysis, Quality Assurance, and Training Development and Leader, and more.

Joni also has an entrepreneurial spirit. She created, managed, and led a dance fitness studio for 5 years. In addition, she had her own Virtual Assistant business, supporting life coaches in CA and FL.

our board of directors

CAGV Education Fund Board of Directors