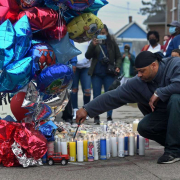 ctpost | With the state reeling from a jump in gun-related homicides, lawmakers Wednesday pushed for an increase in funding for violence-prevention programs.

While the coronavirus pandemic has dominated headlines and government resources, the shooting deaths of a 3-year-old and 16-year-old in Hartford over the weekend were tragic reminders of another public health crisis that has waged on in Connecticut, largely out of focus. 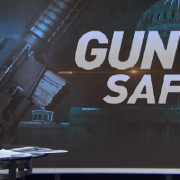 NBC CT | Addressing the U.S Senate Judiciary Committee, Chief Fernando Spagnolo explained how his community has benefited from Connecticut’s strict gun laws, many of which have been adopted since the 2012 Sandy Hook shootings.

“The events of that day, the loss of those young children and their teachers, shook the nation to its very core,” said Spagnolo.. 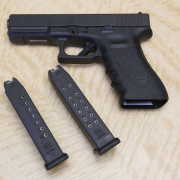 CT Post | A few days before the Connecticut legislative judiciary committee held a public hearing on some gun legislation, the advocacy group CT Against Gun Violence hosted Zoom sessions to train advocates how to testify.

One of the bills to be discussed in the public hearing, H.B. 6355, seeks to update a late ‘90s law that created a process for temporarily removing guns from people who are a threat to themselves or to others, also known as extreme risk protection orders, or ERPO. Connecticut was the first state to enact such a law after an employee at the state lottery headquarters killed four co-workers and then himself in 1998.