New York Times | PHILADELPHIA — Until a Black man turns 45, his most likely cause of death is homicide. After each such violent death, traumatic shock waves pierce through family and friends. Whole neighborhoods suffer. In some communities with high rates of violent crime, babies are more likely to be born early, children are more likely to struggle in school and adults are more likely to report being depressed, as well as face increased risk of heart disease.

A recent spike in violent crime in cities across the country has pushed the Biden administration to develop an important federal gun violence prevention strategy. Parents, leaders and activists in Black communities have been fighting against the terror of gun violence for decades. The country is finally catching up to their work.

Click here to read about it in the New York Times. 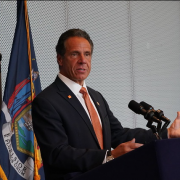 Governor Andrew M. Cuomo today declared the first-in-the-nation gun violence disaster emergency as part of a new, comprehensive strategy to build a safer New York. This new strategy treats gun violence as a public health crisis, using short-term solutions to manage the immediate gun violence crisis and reduce the shooting rate, as well as long-term solutions that focus on community-based intervention and prevention strategies to break the cycle of violence. The disaster emergency allows the State to expedite money and resources to communities so they can begin targeting gun violence immediately. 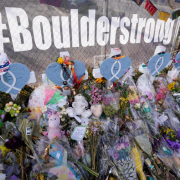 The Denver Post | In the past seven years , Colorado instituted one new gun law. Lawmakers passed six times that amount in one legislative session, and on Saturday, Gov. Jared Polis signed three of the bills into law.

These bills were announced after the mass shooting at King Soopers in Boulder on March 22, when 10 people were killed.

“It’s about what we sadly call everyday gun violence,” said Amabile, a sponsor of one of the bills. “Every day people are dying all across our state from homicides, from accidents, from mass shootings and mostly from suicide.”