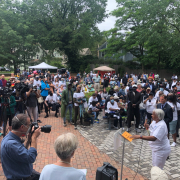 The Register Citizen | The New Haven Botanical Garden of Healing Dedicated to Victims of Gun Violence, a memorial created by mothers that lost loved ones in the city, was formally dedicated Saturday, as residents came together to mark the hundreds of lives cut short over the decades.

Before the dedication, scores of people gathered in the garden, strolling down the Magnitude Walkway, which features the names of each homicide victim since 1976 inscribed on bricks.

Click here to read the full article in The Register Citizen.. 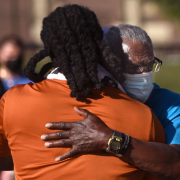 Hartford Courant | The tragic irony of Carl Hardrick losing a grandson to gun violence is profound.

The man who has spent decades trying to save Hartford’s children from street violence and comforting families in loss is now awash in grief himself after his only grandson was killed at age 19 on Memorial Day.

Despite the hard-won wisdom and warnings Hardrick tried to impart on his grandson, Makhi Buckly died during what police say may have been a gun deal gone bad. His funeral was Friday.

“I used to tell Makhi, ‘You can’t trust everybody. You don’t know their intent,’” Hardrick said.

Click here to read the entire article in the Hartford Courant. 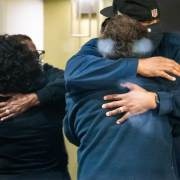 USA Today | The spree of mass shootings over the past two months has led to renewed calls for more federal gun restrictions. But even before the most recent violence, state lawmakers were busy enacting measures designed to help solve a uniquely American public health crisis.