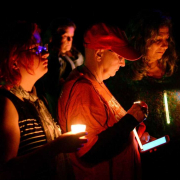 CT Post | Remarking on last week’s mass shooting in San Jose, California Gov. Gavin Newsom asked, “What the hell is wrong with us, and when are we going to come to grips with this?” His unfiltered response is entirely understandable: nine coworkers were murdered by a disgruntled employee who was armed with semi-automatic handguns and high-capacity magazines.

The tragic irony of the situation was not lost on Sen. Diane Feinstein (D-Calif.), who across the country in Washington, D.C., prefaced her questioning of David Chipman, President Biden’s highly qualified nominee to lead the ATF, by saying, “While we are sitting here, we have a gunman in San Jose shooting down people.” That didn’t stop Senate allies of the NRA from attacking the long-time veteran of the ATF because he supports stronger federal gun laws. 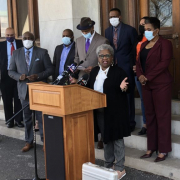 The CT Mirror | On a recent Saturday in Hartford, 3-year-old Randell Jones was shot and killed while sitting in a car with his siblings. Later that afternoon, just a mile away, 16-year-old Ja’Mari Preston was shot dead. These are not isolated events. Over the 10-year period ending in 2017, more than 400 young people in Connecticut have been killed by guns. The crisis of gun violence disproportionately affects communities of color. One statistic screams out: young Black men in Connecticut are 39 times more likely than young white men to be slain with a gun.

Click here to see the article from the op-ed in The CT Mirror. 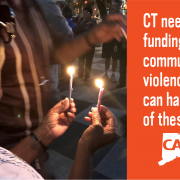 Daily Clout | We are in the midst of a historic opportunity to begin the process of eradicating the systemic, institutionalized racism and injustice that has afflicted black people, and other marginalized communities, from well before the founding fathers declared their intention to form a “more perfect union.” Although their words recognized that achieving justice and equality is a journey, not a destination, history and recent events have once again made evident that black Americans were excluded from the outset, and are still not fully part of that journey.

Black Lives Matter protests have swept Connecticut and the conversations they have ignited are encouraging. There are hopeful signs that substantive changes are possible that will address police brutality and accountability, and more systemic changes for communities of color such as access to economic opportunity, education, health equity and affordable housing. Equally important is tackling the crisis of gun violence, especially as it impacts black and brown communities.

Click here to see the article from the op-ed in the Daily Clout.