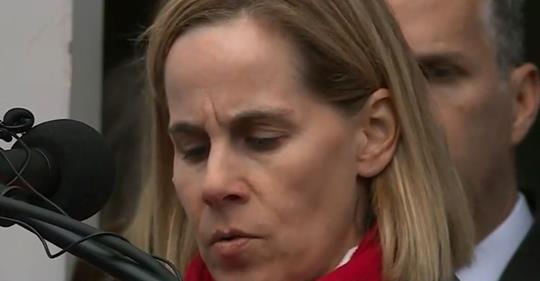 The 2019 legislative session doesn’t commence for another six weeks, but CAGV is already laying the groundwork for advancing our agenda. At the top of the list are strengthening requirements for storing firearms, and regulating “ghost” guns (the DIY kits for assembling guns at home) just the same as we do all other firearms.

Earlier this week our executive director, Jeremy Stein, joined Kristin and Michael Song of Guilford in calling for tightening Connecticut’s child access prevention law that currently pertains only to loaded firearms. Ethan Song, their 15 year old son, was killed earlier this year when he got access to an unsecured handgun and ammunition at a friend’s house.

“Ethan’s Law” would close the loopholes in Connecticut’s safe storage law that do not require unloaded firearms to be secured, and don’t require loaded guns to be secured if the children in the home are more than 15 years of age.

Every day in the U.S. eight children are unintentionally shot or killed by an unsecured gun. Households where both firearms and ammunition are securely locked have an 85 percent lower risk of these preventable tragedies. Ethan’s death was not an accident; it was the result of gross negligence on the part of the father who stored his guns in a bedroom closet. Ethan’s Law will help prevent unintentional shootings, suicides and even crime-related gun violence. will send a clear message to irresponsible gun owners: lock up your firearms or be held accountable.

We have an ambitious agenda next year; we’re thankful to have you with us.