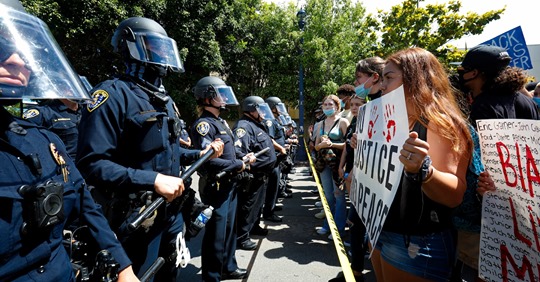 Washington Post | ANOTHER REASON TO STRENGTHEN GUN LAWS. This essay observes that policing in the U.S. is inherently more dangerous than in other countries; that fear and danger leads to more violent police responses. It doesn’t excuse police brutality and racism, but offers yet another reason we need stronger gun laws.

It points out that, “there is substantial evidence that an abundance of guns on the streets is correlated with a tendency to shoot suspects. A 2018 study by Harvard researchers found that states with the highest gun ownership rates had a rate of fatal shootings by police 3.6 times higher than the states with fewer guns. A 2017 study found that state-level firearm laws — such as stronger background checks, restrictions on gun trafficking and restrictions on more dangerous weapons — were significantly associated with lower rates of fatal police shootings.”