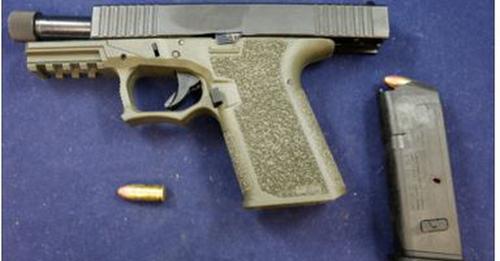 Last year, a convicted felon in Watertown used a gun assembled at home by his girlfriend to kill her two teenage children over an argument about him smoking in the house. Last month, a man in Vernon used his homemade “ghost gun” to shoot and kill a Motel 6 owner over a dispute about a pool pass.

Just halfway through the year, more of these untraceable guns have been recovered by police in Hartford, New Haven and Waterbury than during all of 2021. A 2018 House Committee reported that ghost guns are a “homeland security threat.”

Earlier this year, President Biden instructed the Justice Department to propose a rule change to regulate ghost guns just as firearms purchased from gun dealers are: requiring criminal background checks to purchase these DIY kits, and affixing serial numbers so they can be traced when used in crimes.

The DOJ’s proposed rule change has been published, and is available for public comment. Please take a moment to register your support for ATF’s regulatory changes that will finally treat ghost guns as the serious threat they are.

Tell the ATF: ghost guns should be regulated!
Although Connecticut took the lead in regulating ghost guns in 2019, without federal action, the threat to public safety will continue to increase. Between 2016 and 2020, the number of ghost guns retrieved from crime scenes increased five-fold. The NRA announced it will do everything it can to stop “Biden’s gun control,” including regulating ghost guns.

Please click here to use our action form to tell DOJ that you support their rule change. So far some 85,000 comments have been submitted, and I can assure you, the vast majority talk about violating the Second Amendment, punishing law-abiding gun owners and left-wing gun-grabbing conspiracies.

Appearances matter; it’s critical to show lawmakers and the media that unfettered access to lethal weapons is not OK.

Thank you for using your voice to keep us safe from these DIY guns that are showing up everywhere, including here in Connecticut.