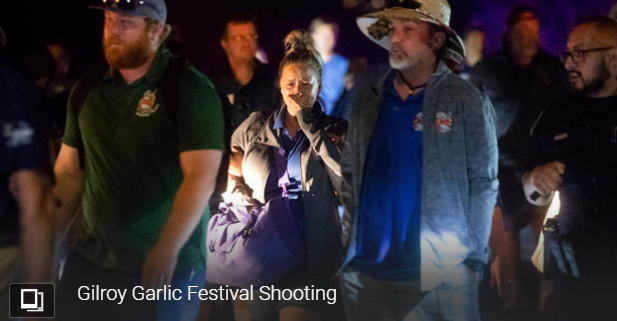 In the aftermath of last weekend’s mass shooting in Gilroy, CA by a teen who legally purchased an assault rifle in Nevada, it’s clear that people living in states with strong gun laws are at the mercy of weak gun laws in other states and at the federal level. While that’s true, strong state-level gun laws do save lives.

Connecticut is consistently ranked as having some of the toughest gun laws in the nation (now #3, we’ve been in the top 5 since 2010); that’s what helps us have one of the lowest rates of gun deaths (5th lowest in the country.)

Among the 10 top states with the strongest gun laws, seven also have the lowest rates of gun deaths. Conversely, the 10 states with the highest gun death rates are all graded “F” by the Giffords Law Center on the strength of their gun laws.

These are some of the key gun regulations in Connecticut and how they help to protect us against gun violence:

• Permits are required to buy firearms; they require fingerprinting, a criminal background check and an approved firearm safety class. A study found that gun homicides in Connecticut dropped 40% in the 10 years following implementation of permit-to-purchase (but no reduction in homicide by other means).

• Background checks are required for all firearm purchases, including private sales. Since taking effect nationally in 1994, criminal background checks have stopped more than 3 million gun sales to prohibited purchasers including felons, domestic abusers and other dangerous individuals. In states that require a background check for every handgun sale, 38% fewer women are shot to death by intimate partners.

• Firearms must be securely stored at home and in unattended vehicles. Keeping guns out of the hands of unauthorized users prevents unintentional shootings, teen suicide, gun theft and school shootings. Over 80% of child firearm suicides and 75% of school shootings use a gun belonging to a family member.

• Extreme Risk Protection Orders allow firearms to be removed when there is an imminent risk of harm to the gun owner or others. Connecticut was the first state to implement ERPO and it has been credited with reducing suicide, one for every 10 to 20 ERPO warrants issued.

• Permits are required to carry handguns in public; these permits allow gun owners to carry the gun openly or concealed. Connecticut is one of only eight “may issue” states where local law enforcement has the discretion to deny permits to carry in public. States that loosened restrictions on concealed carry permits, so-called “right to carry” states, saw violent crime rates increase. According to one study, RTC laws were associated with a 10% higher murder rate 10 years following the adoption of RTC laws.

• The sale of assault weapons, large capacity magazines (more than 10 rounds), bump stocks and “ghost” guns are all banned in Connecticut. Mass shootings using LCMs result in twice as many fatalities and 14 times as many injuries compared to those without. In 2019 a Bridgeport man was sentenced to federal prison for selling untraceable machine guns assembled at home; some were sold to convicted felons.

• Lost or stolen guns must be reported within 72 hours to local law enforcement. Reporting cuts down on gun owners who sell guns illegally, and later claim they were lost or stolen when recovered at crime scenes and traced back to them.

These are just some of the gun safety measures in place to protect our communities from gun violence, most of which CT Against Gun Violence has led the way on passing since its founding in 1993. You can find a comprehensive list of Connecticut firearm regulations here.